In an easy-to-swallow, vegetarian capsule, Paranil® Liver Cleansing Complex* is an all natural supplement that contains 17 herbs, including those that have been used for thousands of years by herbalists to cleanse the liver and other organs.*

Paranil® is part of the Colonix® Advanced Internal Cleansing Program.

As part of the Colonix Program, Paranil assists in cleansing the body of accumulated toxic build-up by promoting liver health. Several scientific studies suggest that substances in milk thistle, the main ingredient in Paranil, protect the liver from toxins. The proprietary formula in Paranil was developed to work synergistically with the herbal blends that comprise the Colonix Program for a gentle, yet effective colon and liver detox.*

Why should I cleanse?

You brush your teeth after using them to eat. You wash your hair to get rid of oils and product residue. You spend a lot of effort and time keeping your outsides sparkling clean. Think of a cleanse as ‘spring cleaning’ for your body, a way to gently and effectively kick-start your natural elimination process. While other components are focused on cleansing the colon, the role of Paranil is to support a healthy liver – one of the body’s key detoxifying organs. Find out how a Liver Detox works and How Detoxification Benefits the Body.

If you are considering a first-time cleanse or if you typically cleanse only once a year, we recommend you commit to a full 90-day cleanse with the entire, three-component Colonix Program, which includes Paranil. You’ll feel the difference! 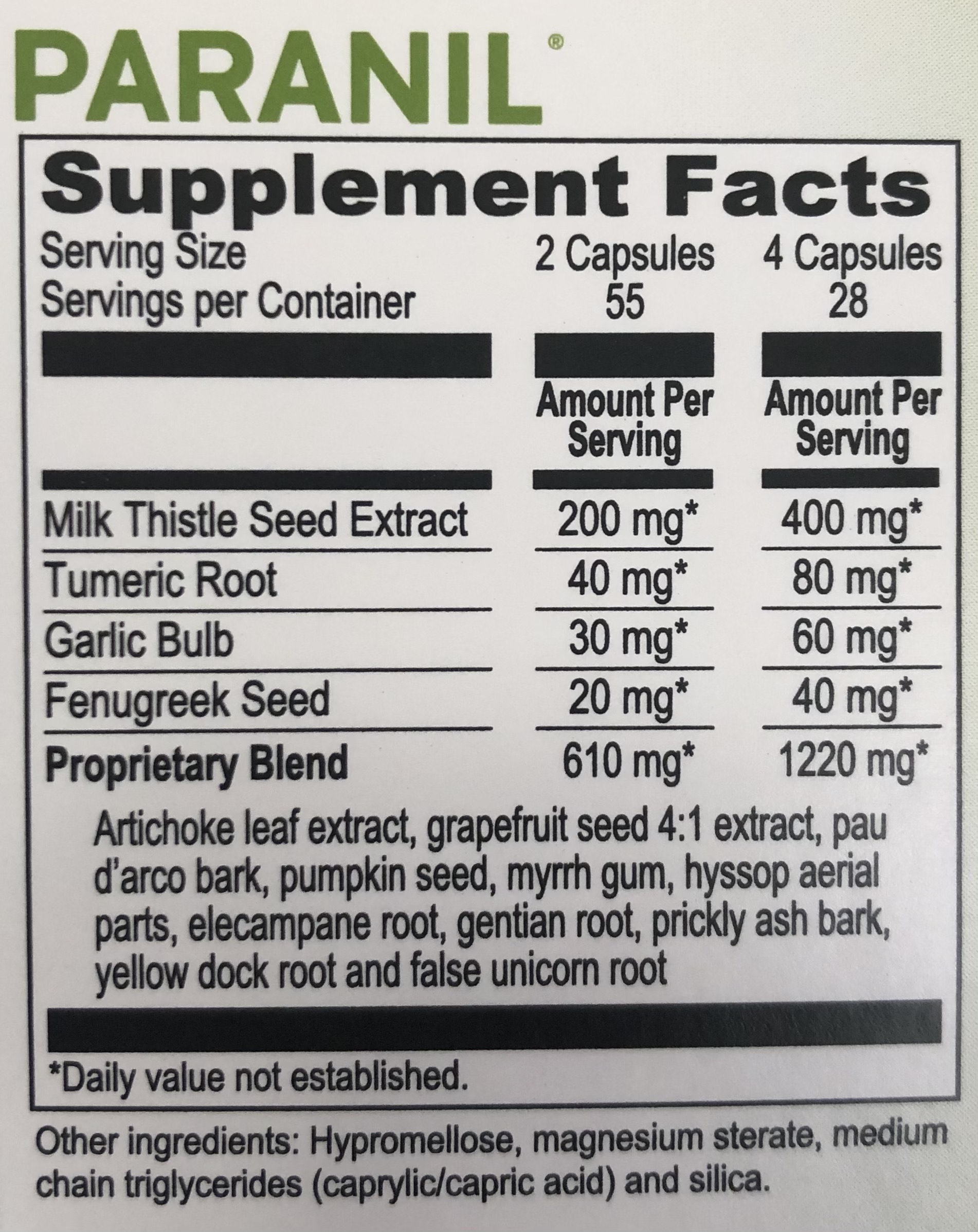 Milk Thistle is often considered a pesky weed in North America, but most Americans don’t realize that milk thistle has a long history as an herbal remedy for several ailments.

Several scientific studies suggest that substances in milk thistle (especially a flavonoid called silymarin) protect the liver from toxins. Silymarin has antioxidant and anti-inflammatory properties, and it may help the liver repair itself by growing new cells.* The milk thistle in Paranil is 80% silymarin.

In the morning on an empty stomach, take 2 Paranil capsules with an 8-ounce glass of water. Prefer liquids to capsules? Try Paranil Jr., a tasty alternative for adults who prefer a liquid.

In the morning on an empty stomach, take 4 Paranil capsules with an 8-ounce glass of water.

Paranil is one of three essential components to the Colonix colon cleanse. For a complete, thorough cleanse, try Colonix Program for 30, 60 or 90 days.

You are signing up to receive product updates and newsletters. By signing up, you are consenting to our privacy policy. You can opt out at any time.

*These statements have not been evaluated by the Food & Drug Administration.
This product is not intended to diagnose, treat, cure or prevent any disease.